The Pros and Cons of Using Pop-Ups on Your Website

Growing a brand is hard. But if you run a website, you could make it a little easier by promoting your brand and your services on your own platform. Sounds simple, right? After all, the people coming to your site should be interested in your services. Advertising yourself, on your very own site, is direct targeting of your audience. So ideally, this could be a useful way to grow your brand and solidify an invested audience that keeps coming back for more. However, often this kind of self-promotion can come in the form of pop-up ads, which may or may not strike your audience as effectively as you’d hope. That’s why we’ve gathered the different pros and cons to using pop-ups on your site— there’s lots to consider, so let’s get started!

First, the bad news about pop-ups: 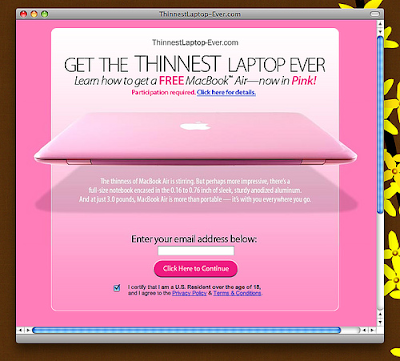 Let’s just state the obvious: nobody likes bright, big pop-ups that get in the way of viewing expected content. Full-screen or unreasonably large pop-ups that appear immediately, can be very alarming and intrusive to a user’s experience on your website. Consider if bombarding your user with a giant pop-up is really the way you want to welcome them to your site. Generally, ads that shamelessly block all or most of the page anger users. In fact, a survey found that particularly intrusive pop-ups— specifically types that appear before a user gets the chance to interact with the content— are single-handedly the most hated form of digital advertising. Yikes. In 2017, Google released a statement about how they were cracking down on websites that use pop-up ads. Websites are ranked lower if the content that a user expected from the search result is covered by either a pop-up, an “above-the-fold portion of the page,” or “standalone interstitials” (PS: “interstitials” are full-screen windows that appear before a content page). However, there are exceptions to these rules, such as if a pop-up takes up what Google deems a reasonable amount of space on the page.

Those who brave using pop-ups have to be incredibly careful about how they use them and what types they use. “Overlay” pop-ups, for example, have a better chance of surviving on Google than regular pop-ups do. An overlay is different in that it doesn’t open an entirely new window, but rather, it is a visual that appears on top of your page. These are less obtrusive according to Google, and therefore a much safer choice if you want to avoid harming your SEO.

On top of Google blocking pop-ups, regular internet users are increasingly using ad-block software to get rid of pesky advertisements that block content. Studies show that the number of people ad-blocking is increasing with each year, and by 2020, the percentage of U.S. internet users using ad block will reach nearly 30%. Basically, search engines and internet users alike make an effort to block pop-ups. If you’re going to implement pop-ups on your site, beware that users might not even see them, or, even worse, Google won’t let users discover your site in the first place, because you’ll be blocked from search results due to those obstructive ads. 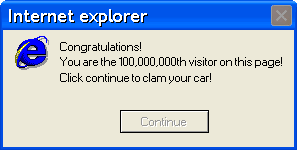 Since their invention, pop-ups have been known to give people harmful viruses, and be used by phishing scams. You’ve probably encountered those annoying, spammy pop-ups that tell you— with way too many exclamation points-- that you’ve just won a MacBook, or, maybe, “Congratulations! You’re the 1,000,000th visitor! Click HERE to claim your $10,000!” (Spoiler alert: the “$10,000” is actually a horrific virus.)


Needless to say, pop-ups haven’t had the best reputation over the years. Because scams often appear as pop-ups, people have it ingrained that pop-ups are dangerous, spammy, and annoying. When considering using pop-ups on your site, keep in mind that they might do more damage than good to your brand reputation, because of the association with spam and viruses.

And now for some good news: 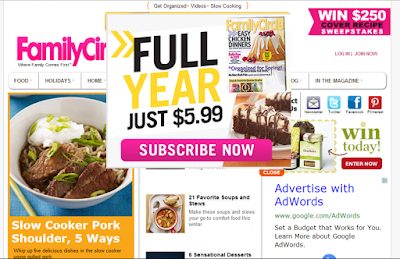 It goes without saying that pop-ups aren’t subtle, and they can’t be ignored. Using a pop-up guarantees that the user will see your ad, whereas with other types of online ads, it is easier for the user to glaze over the ad with their eyes, without bothering to acknowledge it. Pop-ups usually require action, too (unless they are timed), so the user has to see the ad and has to close it before continuing using your site— but ultimately, the user will see the ad, and will have to acknowledge it in some capacity, because pop-ups demand a user’s attention in a way that is very effective and unique to only pop-ups. 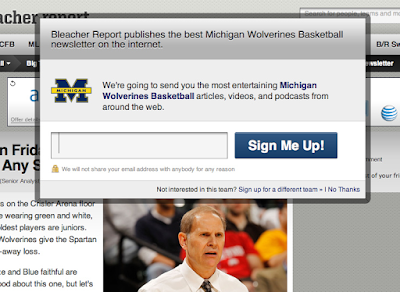 Despite the general public’s dislike of pop-ups, the conversion rate for this form of advertisement is quite high. One study found that pop-ups could gain up to 10% in user interaction with the ad. Thus, it might not be such a bad idea to implement pop-ups if you’re looking for a method with a fairly impressive conversation rate! Because they demand a user’s attention more aggressively, the likeliness of engagement increases.

Moreover, you can design your pop-ups to optimize engagement if you pay attention to a few key things, like: timing (when the ad appears), size (how obnoxiously large, or reasonably sized you make it), and relevance (whether your audience would really care about this ad that’s now covering the content you promised them). If you can produce a pop-up that’s as least annoying as possible, you’ll be golden. Remember: effective pop-ups are smart, respectable, and reasonably sized.

The attitude that pop-ups are sketchy and contain viruses might be slowly disappearing, leaving room for good-intentioned advertisers to make use of pop-ups without all the stigma. Big-name sites like Forbes have started using large pop-ups, meaning that internet users are getting used to seeing them even on reliable, popular websites. Moreover, sites like Forbes often use timed pop-ups, which force a user to wait a certain amount of time before closing the ad. Because of the frustration that can accompany that, timed pop-ups have an even worse reputation compared to regular pop-ups, which users are free to exit out of immediately.

So, in a world where pop-ups from reliable sources are large timed ads, incorporating pop-ups onto your site won’t necessarily be a death sentence. When users are used to angrily waiting 5-10 seconds before being allowed to close an ad, having a non-timed, reasonably-sized pop-up on your site, which only advertises your own services, is pretty harmless in comparison.

---
Pop-up ads seem to foster mixed reactions across the web, with some sources claiming that they’re great and super effective, and others claiming that they should never be used, because of the annoyance factor and their bad reputation. At the end of the day, it is your decision and your responsibility to consider your unique brand and the purpose of ads on your website. However, if you’re considering using pop-ups ads, you can rest assured that there are ways to use pop-ups successfully. After weighing out the pros and cons, it’s clear that the effectiveness of pop-ups depends mostly on how you choose to use them; if done strategically, pop-up ads can be a very helpful tool for building your brand.
Posted by UpOnline Dental Marketing on March 28, 2019
Email ThisBlogThis!Share to TwitterShare to FacebookShare to Pinterest
Newer Post Older Post Home