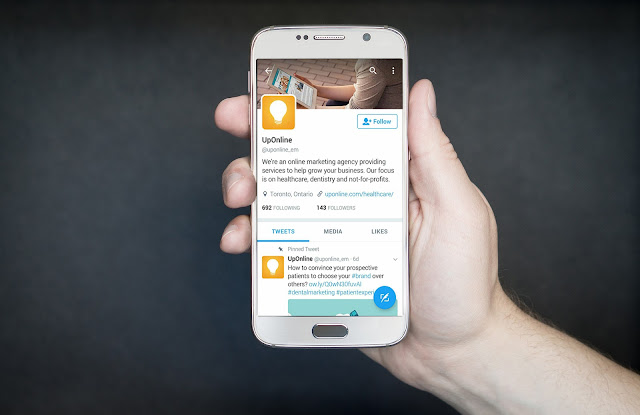 Twitter, since its conception, has carved out a niche audience that prioritizes brevity. The site allows users to interact in real time and to the point, mostly! Conversations about topics including politics, sports, social issues, and current or live events are often held in a witty manner- without the clutter of additional information.

On Tuesday September 26th, Twitter announced that it was testing an increase in character limit for randomly selected users. Those select users' tweets will now contain 280 characters, twice the number the social media site is known for. But not all Twitter users are happy about this increase, despite the claims Twitter makes about many users who are frustrated with the 140 limit. So why is Twitter making such a drastic change from its differentiating factor compared to other social media sites such as Facebook and Instagram?

Aliza Rosen, Twitter's Project Manager who revealed this new test on Twitter's official blog, shares some of the research that went behind making this momentous decision. The blog explains that languages such as Japanese convey "double the amount of information in one character as you can in many other languages", particularly compared to English. Their research shows people who tweet in English hit the character limit more often than those who tweet in Japanese. So the increased character limit is an effort to level the playing field for users who tweet in English or French, and find the 140 limit too constraining. This will allow users who tweet in those languages to express more, while still maintaining the site's promise of brevity.


With 328 million current users, Twitter has been unable to gain many new ones lately, which is likely another factor that pushed this decision. The social networking site's niche appeal does not seem to attract a wider audience, and they're hoping a looser character limit will attract more users who may have previously left or never considered using the site to begin with – assuming that was because they did not like the 140 limit. This is a big step away from one of the elements that defined Twitter as a networking platform. On Twitter's own blog they admit "Twitter is about brevity". The whole point of this social networking site is to convey one’s thought and/or information concisely. By allowing users to write more takes away from what is and has been expected. In an attempt to attract more users at a time when Twitter's market value is slipping, is the site pushing away loyal users who thrived on the limit?

On the other hand, over the years users have found a way to work around the limit, such as posting images with longer text posts, or positing multiple tweets to form a thread. Most users seem to be happy with the workaround since it maintains the essence of Twitter. Why then, are users so opposed to this new potential change, which eliminates the need for workarounds? Maybe this change was not what they asked for. Several users called Twitter out for not providing the improvements they requested and instead gave them one they feel they don’t need. Or maybe it's a matter of sentiment because even Twitter officials acknowledged "there may be an emotional attachment to 140 characters – we felt it, too". Can we chalk it down to emotional attachment causing the opposition to this new idea?

Whether you're excited about the potential increase or against it, we can all agree this is going to alter the way Twitter is used as a communication tool. Where people used to try their best to cram in an entire thought within 140 characters, they may now express themselves more freely. Twitter’s current limit of 140 characters is based on an outdated standard of the SMS text so it only makes logical sense to improve with the changing digital tides. However will the site’s essence be lost in this evolution? This will inevitably give rise to more superfluous tweets that may not be as concise as users are used to, but on the bright side it’ll allow for more expression in one tweet.